I've had the MUA Constellation beads sitting on my desk for a very long time before I've finally tried them. They are basically cheaper version of the Ciate Caviar manicure beads only different colours. I'm happy that somebody came up with an economical version of it. I've picked up the shade called Scorpio because my sign Libra was sold out. Scorpio is nice bright mix of yellow gold, emerald green, purple and copper red beads.

Part of the official text from MUA website: "...inspired by the patterns formed into stars in the earth's night sky is a 3-dimensional extravagant nail art system you can create easily from home that leave your nails looking ‘wow!’"

I've applied it as per instructions and as any other beaded manicure. The bottle has a handy nozzle which really does make the application easy. There is a white rubber cap at the top of the nozzle to keep the beads in. When I was finished with applying the beads I took the nozzle off the bottle, turned it around and used it as a funnel to get the beads that fell off the nail back into the bottle. You can purchase MUA Constellation beads at Superdrug or directly at MUA website for £2.

I've done another Zentangle® pattern nails with tutorial. This time it's the Beaded pattern which originally comes from Ann Griffin but of course she's drawn the pattern on paper, not on nails.

I have used Born Pretty Store March nail lacquer as a base colour (you can use my 10% discount LUHH10 for anything at Born Pretty Store). The rest of the patter is painted with acrylic paint. I've used Seche Vite topcoat. When I was in the middle of the process I quite liked just the beads alone, I think I will replicate this in another manicure. 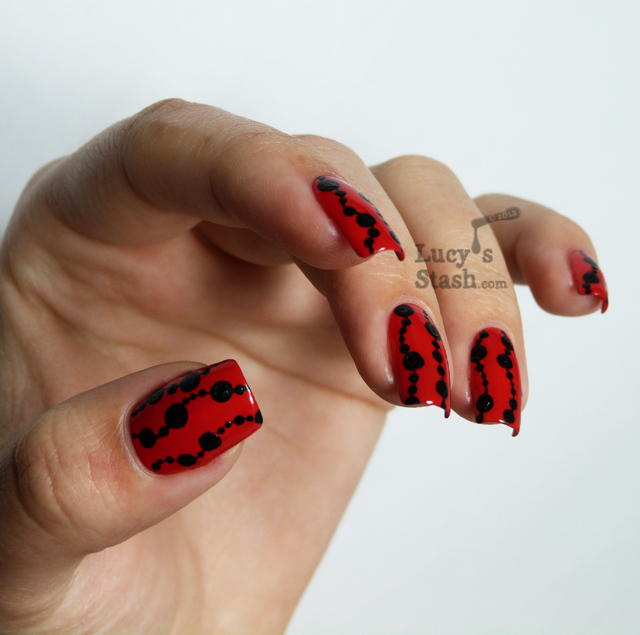 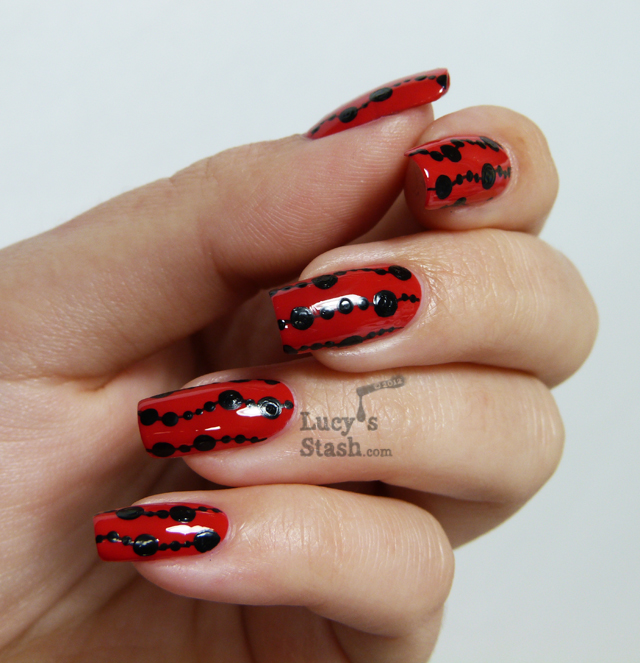 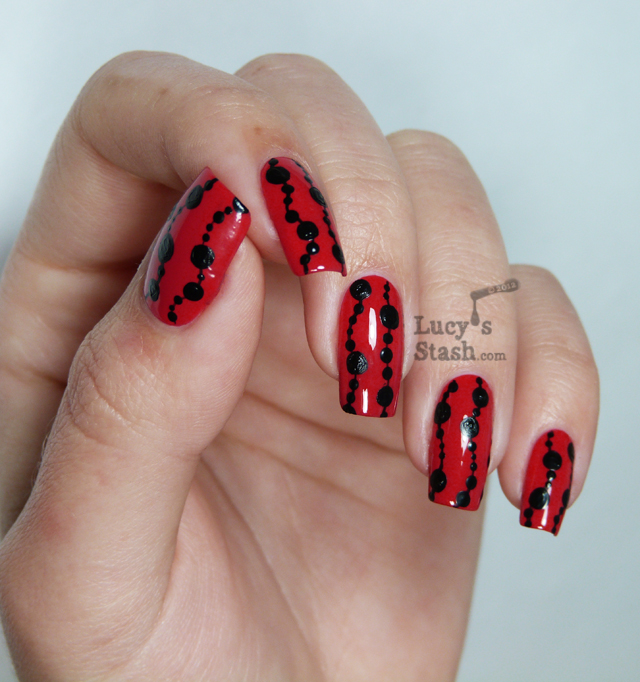 And this is how you do it. If you recreate this pattern please don't forget to link back to me or state inspired by Lucy's Stash. It's really important for me if you spread the word and if you like my art tell people about it. Thank you!! x