Fancy some more holographic polishes today? I've got one of the new China Glaze Hologlams here (more coming ;) glammed up with freehand white lace nail art. This post is quite picture heavy as it also includes review and swatches of the Galactic Gray alone so please click on the Read more link ;) There's not really much to say about this look. I wanted to decorate the Galactic Gray polish and I thought I would try to paint some elegant lace :) I've used white acrylic paint and Viva La Nails brushes shown later in the post... 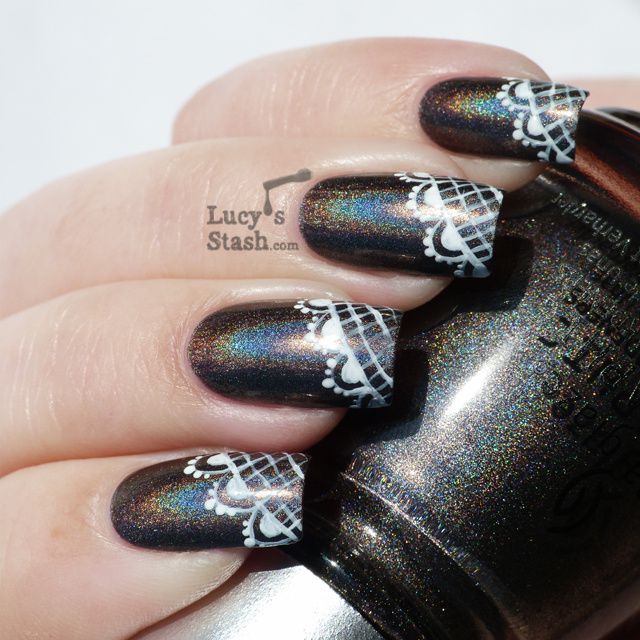 This picture was taken under artificial light. The holo effect is almost invisible and the polish looks very boring :( These are the brushes I've used to paint the white lace. I've used the longer middle one for the mesh and  the shorter one on the right for the arches and dots. They are nice to work with but the longest brush on the left is quite thick so I will be cutting off some of the bristles/hairs. These brushes are by Viva La Nails and can be purchased here. I'll show you more painting with these brushes in the future. *They were provided for review Galactic Gray - dark grey base with holographic effect. As many of you, I was very excited that China Glaze is bringing back holographic collection (and the first sneak peak pics looked great!) this spring. Unfortunately the holo effect is not very strong even on the direct sunlight. Despite that I have picked up some of the Hologlam shades so I could review them.

The formula is better than with the OMG collection but it still has its weak points. It applies well until you go over the already painted place for the second time. It creates bald spots and streaks if you don't work fast enough because it dries quite fast. The pigmentation is slightly lower and I needed two thicker coats for good coverage. 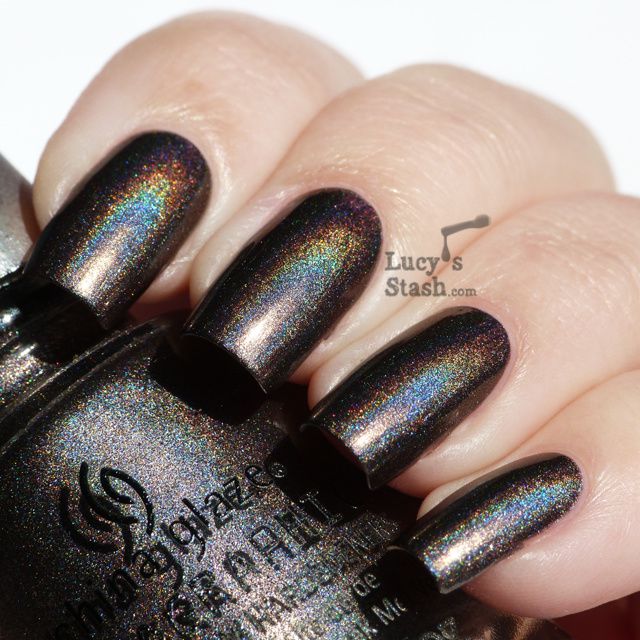 Considering the low holo effect, formula and the higher price (as much as £16 as opposed to regular China Glaze polish that retails for £5-7) I wouldn't purchase again. I do have more Hologlam polishes though as I wanted to to show them to you and the swatches will be coming as soon as the sun decides to come out!

today is a special day - not only I have published my Spring giveaway but I also want to show you my first stab on galaxy nails. I try not to do what everybody else does and I wasn't very keen on doing galaxy nails for a long time because there were already so many beautiful manicures that I couldn't possibly compare to. Well I gave it a try and this is the result....

I have used 2 coats of WingDust Space Cadet* (black holo polish with bigger glitter in it) as a base. Then I've used makeup sponge and China Glaze Dance Baby, OPI Alpine Snow, China Glaze Urban-Night and China Glaze Man Hunt for the galaxy nail art. 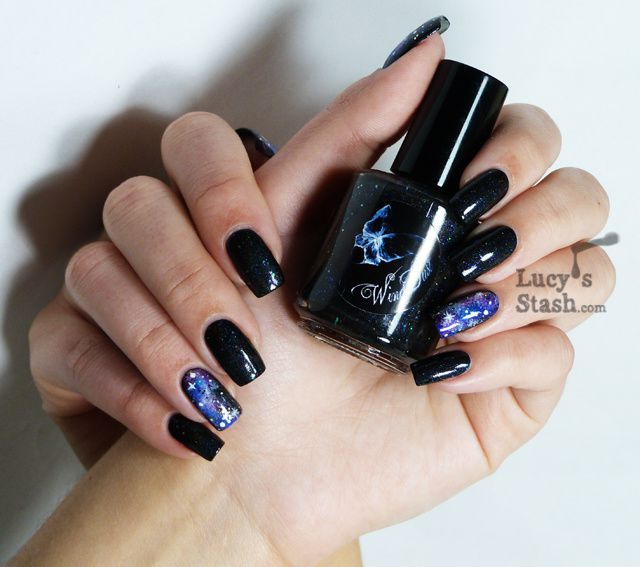 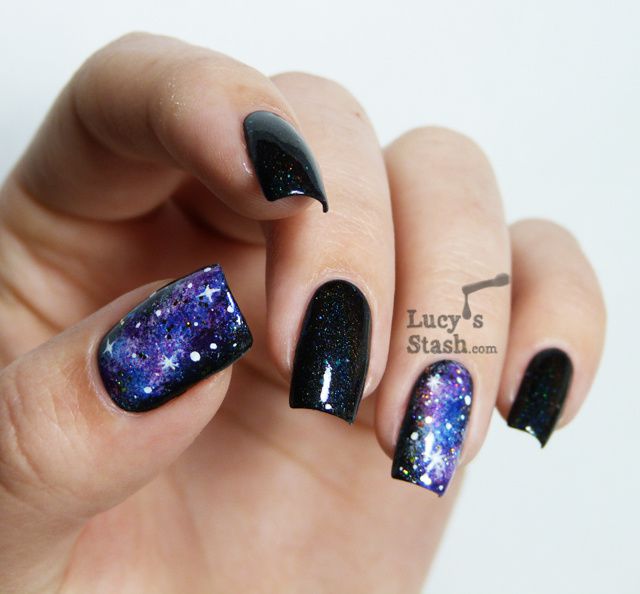