I have been playing around with the Models Own Disco Pants Collection and I've created this Colour Block Nail Art using all shades and black.

This manicure was quite a process. I've had a design in my head with colour block upper part of the nails...just like this: 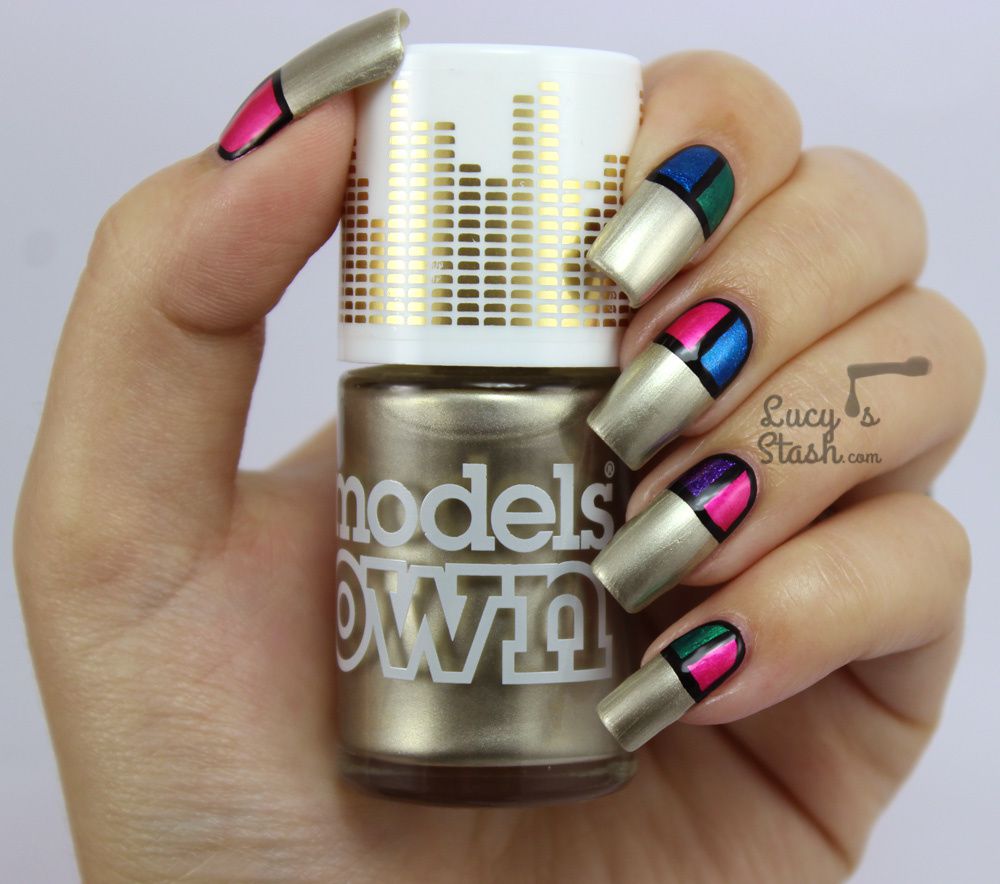 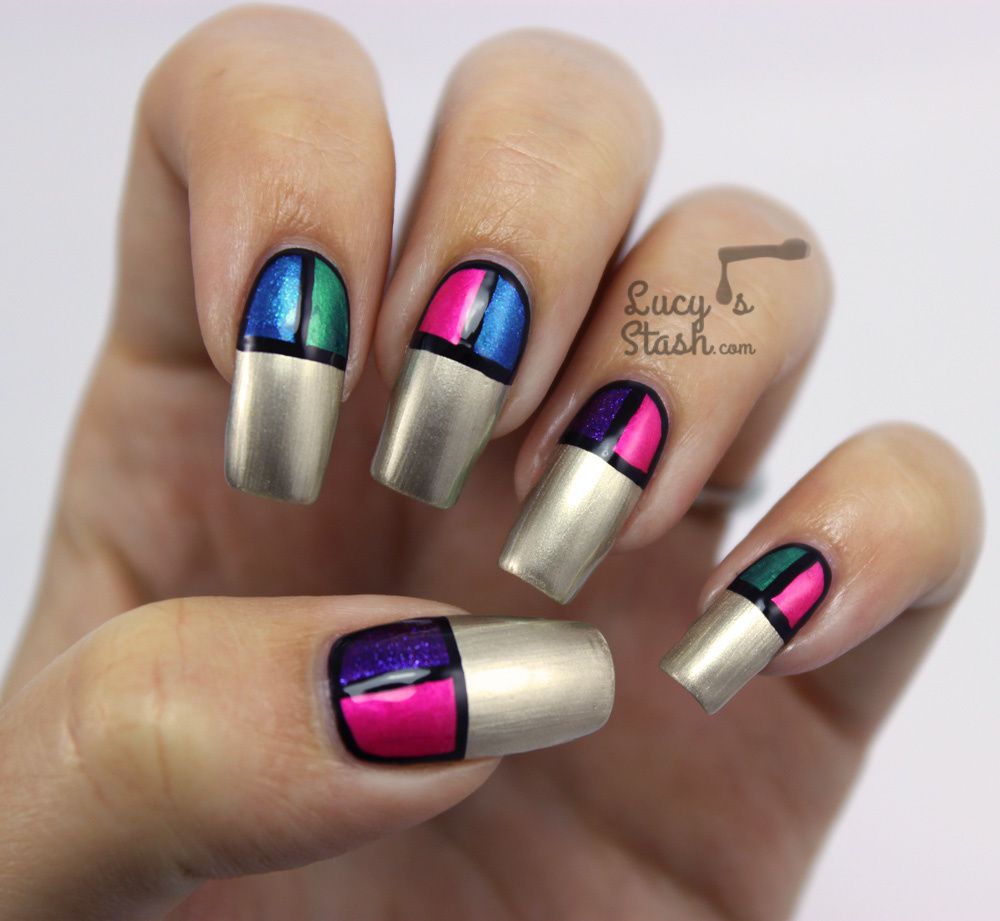 ...but it just didn't seem quite alright so I've decided to do the same to the bottom half of the nails and leaving a gold band in the middle... 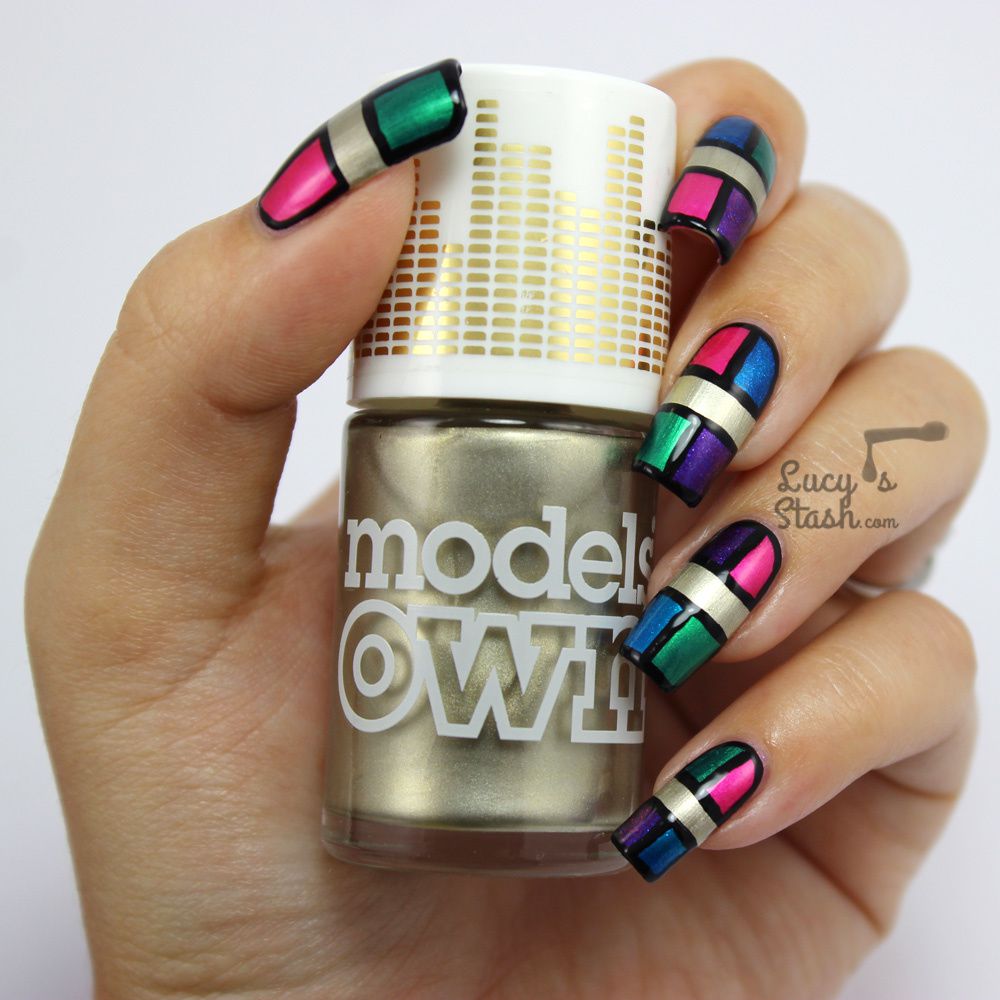 ...now that looks much better, doesn't it? And of course I have incorporated a disco ball into the pictures ;)

The polishes I've used for this manicure were Models Own Paradise Garage, Copacabana, Studio 54, Roxy, Sound Factory and Cirque Memento Mori for the black outline.

I've also had the Models Own nail art brush set at home for a while and I've used one of the brushes to paint this design as well. The set consists of four brushes, two doting tools and white striping tape and can be purchased here. 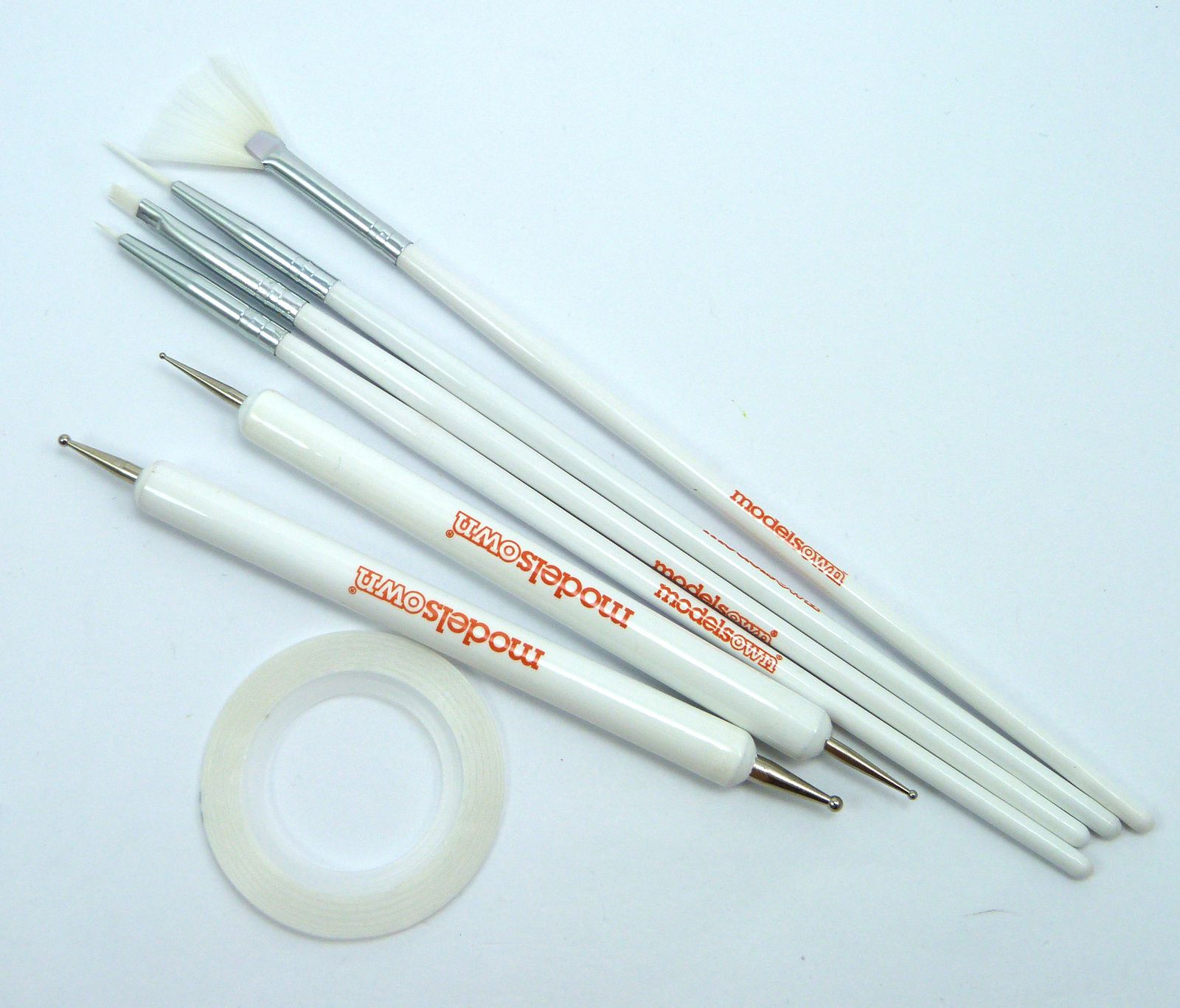 Funky! I loved this design, it was busy, cool and very retro! This is the second nail art design I've done with the Models Own Disco Pants collection, the first one is here and more is coming!

Disco Pants polishes are priced at £4.99 each and they launch online at http://modelsownit.com/ on Friday, October 17th, in all UK Bottleshops on Saturday, October 18th and in Superdrug stores nationwide from Wednesday, October 22nd 2014.

Have a great day! Lucie x